Show off all your awesome art, writings and other creations here.
Post Reply
163 posts

If there were another Astro Boy movie, what would the storyline be like and what new characters would be introduced. 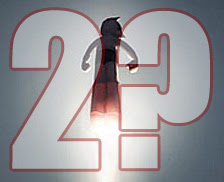 If there was a sequel, I would like it to feature The Strongest Robot on Earth story, simply because of how notable it is to the Astro Boy franchise. It's been featured in nearly every version, including Jetter Mars.

It'd make sense for that kind of story to be the main storyline of the sequel. But knowing America, I doubt they would use that for a sequel.

I would also like Uran to be introduced in the sequel as well. Perhaps even give Shunsaku Ban an actual role instead of just a cameo, and maybe Inspector Tawashi too.

But really, a sequel is very unlikely. The movie just didn't do too well at all.
Top

I know, but still if they did the one character that everyone has would want to see in a sequel would be Uran/Zoran. 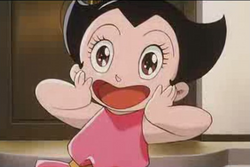 I think Shunsaku Ban was Tobio's teacher in the fillm, they were very alike so I believe he is already featured.
.
Top

I think Shunsaku Ban was Tobio's teacher in the fillm, they were very alike so I believe he is already featured.

Yes but he hardly had a big role, and was unnamed, in the film. For a sequel, I'd want Shunsaku Ban to be more involved.
Top

And yes, Zoran MUST appear in the sequel!
.
Top

Anime Girl
On a Flight into Space
Posts: 1599
Joined: 10 years ago
Location: Goin' down to South Park, gonna have myself a time.

I did hear rumors about a sequel. My interactive media teacher told me. I'm hopeful about a sequel.
[sigpic][/sigpic]
Follow Me on YouTube
鉄腕アトムが大好き ！I love Astro Boy!

Alittleacorn
On a Flight into Space
Posts: 1808
Joined: 10 years ago
Location: England

If there was an Astro Boy 2 film, I'd want some of the characters from the original series to appear and give Shunsaku Ban a slightly bigger role. Uran to appear would also be great as well, since Astro without his sister would be madness!

Villains, it'd have to be Atlas, Blue Knight or Pluto. Maybe even all three. But if I could pick anyone it'd have to be Atlas as he is my all time favourite. I favored the 2003 because of his abrupt teen attude which would make him a loose firecracker. Something i'd like to see ^_^.

Plotwise I'm not sure, I'd like it to be something new. Or like Dr. Jerk said with the World's strongest robot's plot (although the Pluto film is going to likely cover that so they'd have to go for something new). If I could suggest any plot, it would be that from the episodes in the 2003 series where Blue Knight rallys together and protects robots and there being the order to deactivate all A.I robots with free will. So yeah with that whole war thing about to break out and Astro caught in the middle. That's be awesome!

One thing i'd like improved on is the theme, still have the jokes and stuff but sorta make it more serious than the first film. More wuvy dovy moments between Astro and Cora, bring up issues like before with robot rights or something else, and most importantly....never, EVER mention President Stone I hate him to the bones! >_<

Oh! And for a butt machine guns joke to come up again! XD
Top

I think it would go like, Tenma tells Astro that since he's never had a sister, he's going to make one for him. Something around those lines.

"Alittleacorn" wrote:(although the Pluto film is going to likely cover that so they'd have to go for something new).

Wait, there's going to be a Pluto film? Since when?
Top
Post Reply
163 posts