Show off all your awesome art, writings and other creations here.
Post Reply
68 posts

Aww, that's adorable! This picture makes me so happy!
Top

Many of us can agree that the movie, though dear to some (myself included), did not live up to the original Tezuka manga and its tv shows. Knowing it was highly improbable we would get an official reboot, I and a few others have, for a few months now, been working together to develop a rebooted version of the movie, adding in more of the classic characters and taking out the unnecessary ones (coughStonecough).

The story has thus strayed from the old movie plot line into something that can hopefully live up to Tezukas original. Its become quite lengthier as well, since we are not bound by time restrictions (thats what I love about comics).

Right now we are just starting to sketch out the beginning pages, and are about halfway done writing the script. But now that school is starting up again for many of us, when exactly the first pages will be released is still TBA. However, we will be posting monthly updates about our progress.

The official name that weve been calling this project, for those who are curious, is Astro Boy 2.0 (though in the future thats possibly going to change).

If you have any questions, feel free to ask

The comic will be posted on Tumblr, if anyone needs the link I'll be happy to give it. 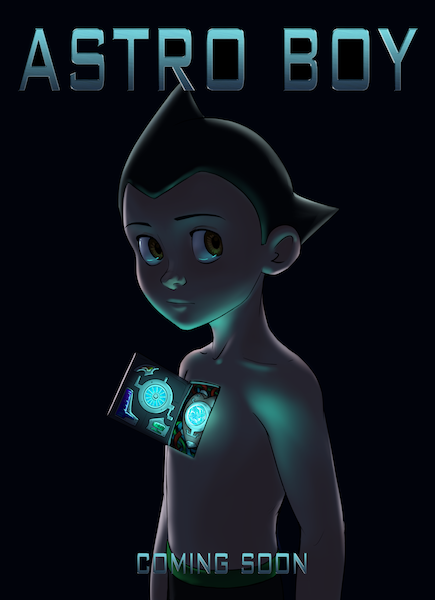 I actually just watched the 2009 movie for the first time ever on New Year's Day, and I'll agree that it doesn't quite live up to the manga and anime series (I gave it a 7 out of 10).

I look forward to what you and the others have in mind for this.
Top

And I had just been thinking on the topic lately. My sister and I discovered Astro Boy because of the movie (despite the 2003 series airing probably while we were in Kindergarten and 2nd grade, we never had cartoon channels on TV, not to mention we had dial-up into the late 2000's). She looked it up and found out about the anime and manga versions as well. Needless to say we got hooked. Anyway, we'd actually both been thinking about this; the movie did some things right, or we wouldn't have liked it for what it was on its own, but it unfortunately screwed up in other areas, and definitely could have done better given the source material.
Hearing that you're going to be working on an illustrated version of what the movie could have been is exciting, and I look forward to seeing this!

On a side note, I think I saw the thread for volunteers for this a few weeks back, assuming this is what the thread referred to. Unfortunately a few months too late, but perhaps that's for the best, considering I have a tendency to want to join every project I see like this, but if I did then I suppose I wouldn't really end up being helpful to any of them.

Haha, its ok Kitty Lue, I know too well the feeling of wanting to join every group that joins my interest.

Actually the little sign up sheet was for a different Astro Boy comic we were planning on doing (an Astro Boy/Miraculous Ladybug crossover) but when we all got together, we got into this discussion about how different the movie was from the original, and then we decided; why waste our time on a crossover when we could create our own rendition of the movie, to how it could have been?

Wether or not we get back to the old comic, I'm not sure. But so far I'm pretty happy with what we've got for the movie comic.

Aha, there was a connection! (even if it wasn't in the same way I thought it was... :whistling

Oh, and are any of the pages being posted here or is it just on tumblr?
Top

They will be posted on Tumblr and DeviantART for the most part, though I may drop some art for it here occasionally

Sounds good, I'll definitely be checking DeviantART (since I'm more familiar with it).