by Kitty Lue
So, although I already have a thread for my Astro Boy fanart, I figured I'd make another one for AMVs to better suit the type of content I'll be posting in this thread.
I'll use this thread to post any AMV I make, so a few will show up that are made from sources other than Astro Boy. To give an idea of what I'll post here, I'll define an AMV as an "animated music video," which will include music videos made from anime, but can also include western cartoons, 3D animation, video game cutscenes, etc.

Now that that's out of the way, I have two AMVs that I'll start this thread off with: 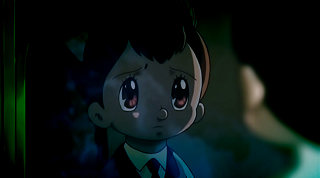 I've also entered it in Hamacon's and Otakon's 2017 AMV contests. Hamacon held their contest on June 23, but I'm not sure what the results are yet. Otakon will be holding their contest on August 11. I may also enter this video into AkaiCon's and Matsuricon's AMV contests, as well as Animefest's fan video contest this year, but I have yet to check their rules for submissions. Really I just looked up a calendar for AMV contests and wrote down the contests taking place in the next couple of months.

This first one is actually the same one that I posted in my art thread, "Keep Myself Alive," but this time it's under a new name for AMV contests and has been uploaded publicly to YouTube as well. Feed the Machine
Video source:
- Generator Rex (2010)
Song:
- Feed the Machine - Red (edited)
More info:
click for spoilerI actually created this video the year before I created the video listed above. At the time, I was using a computer with a 32-bit processor, so I couldn't install Adobe Premiere (which is what I use now) on it. Because of this, I actually made the video in the Windows XP version of Windows Movie Maker, since the Windows 7 version for *some reason* does not play the audio and video in sync unless you start playing it from the very beginning without pausing it anywhere...

Also because I already had add-on XML effects on the XP version and knew how to edit their code, so I pulled that off my old Dell Inspiron 600m laptop and ran it on my newer desktop that I had at the time.

Using Windows Movie Maker to create these kind of videos was definitely more time-consuming than with Premiere, even if I did have custom effects on my version of WMM. I had to manually change values in the XML files to adjust certain effects, save the XML file, then close and reopen WMM every time I wanted to test the way that an effect worked on the material. It took a lot of trial and error.

This video actually took me longer to make than the Astro Boy one, despite the fact that it's 1 1/2 minutes and the other is more than 2 1/2 minutes long, and I'm sure it was because of what program I was using. xD

by Shiyonasan
Your video editing is so good. I love how the lyrics match up with what's happening on screen. The overall visual and audio quality is excellent as well.

That Astro Boy AMV is among the best I've seen. Keep up the good work!

by Kitty Lue
Thanks!

I have a list of AMV ideas for Astro Boy, the trouble is just finding the time to make them all since I'm pretty sure I already have more than 10 Astro Boy AMV ideas.

I suppose it's better than lacking inspiration, though.