Japanese for the blind

A forum to discuss in any language, not necessarily in English.
Post Reply
3 posts • Page 1 of 1

Japanese for the blind

We know that there are three different scripts used to write Japanese. Well actually there are four, because you can also write Japanese in Braille. The "standard" Braille 'alphabet' is used, but now it stands for Kana characters.

Only one Braille script is used, IE: it would map to BOTH Hiragona and Katakana characters with the same 'sound'.
The script is known as tenji (点字?) or "dot characters". 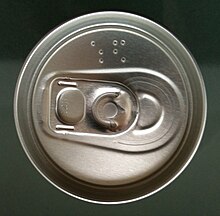 I wonder how they use the "standard" alphabet (assuming that means it uses the same braille alphabet as English) for Japanese. I don't remember all the details and I know there were some sound/frenetic? abreviations in Braille, but it seems like all of the English letters had their matching Braille symbol. Or do they use the same Braille alphabet, but the "letters" are assigned different sounds for Japanese?
Top

In Japanese the Braille characters are "mapped" to kana characters, the details were in the article I posted the link to. So English speakers reading something in Japanese Braille would probably be confused as they'ed likely be reading nonsense random English letters.
[sigpic][/sigpic]