by DrFrag
There's an ancient thread for mistakes but it's full of broken image links so I'm starting a new one here.

I was watching the 1980 Bluray release when I spotted this scene of Skunk's insect robots stealing Astro's schematics. 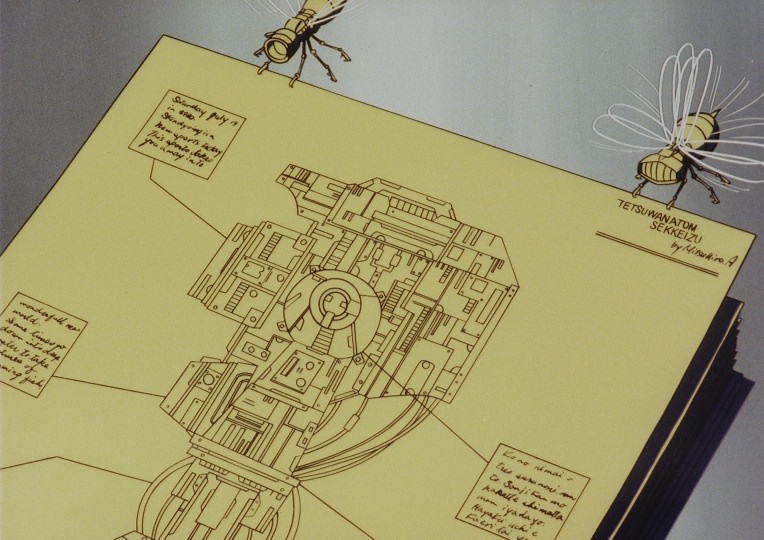 The writing in the top right says TETSUWAN ATOM SEKKEIZU by Mitsuhiro A. I don't know who Mitsuhiro is. Sekkeizu means design drawing. Is this where Astro got his name? Off the Mighty Atom schematic label? I'll have to watch the subs again because I'm pretty sure Tenma was calling him Tobio.

The best bit is the labels:

Saturday July 19 in 1980. Skindiving is a new sports today This sports takes you away into
wonderful new world. Some times go down into deep water to take pictures of swimming fish. 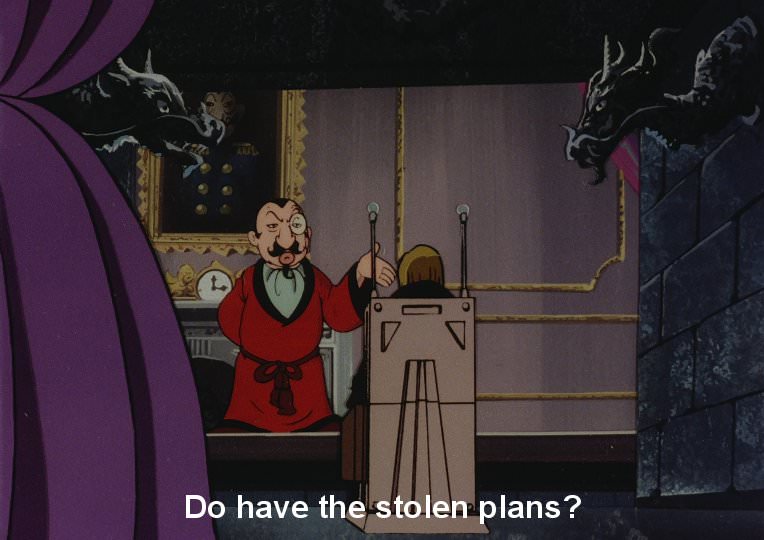 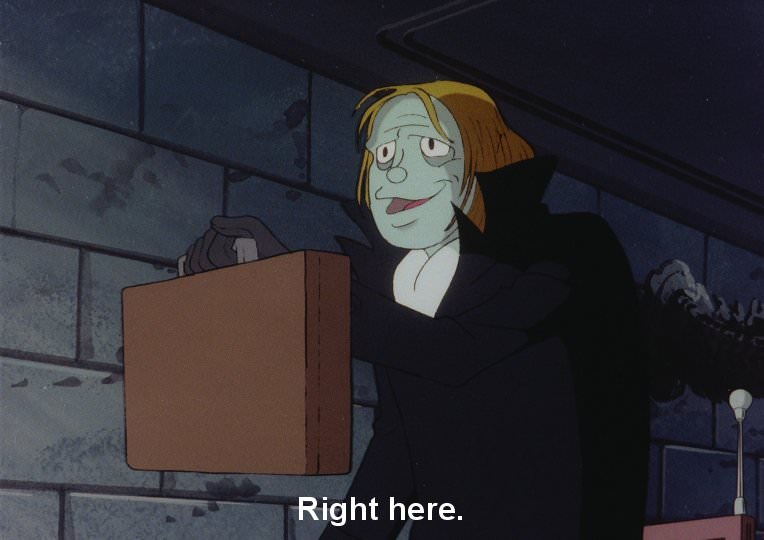 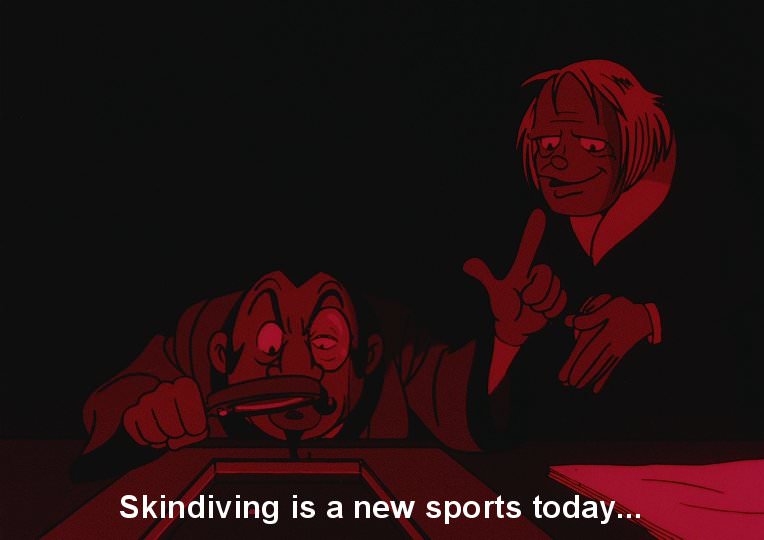 by DrFrag
Good one! Here's the pic: 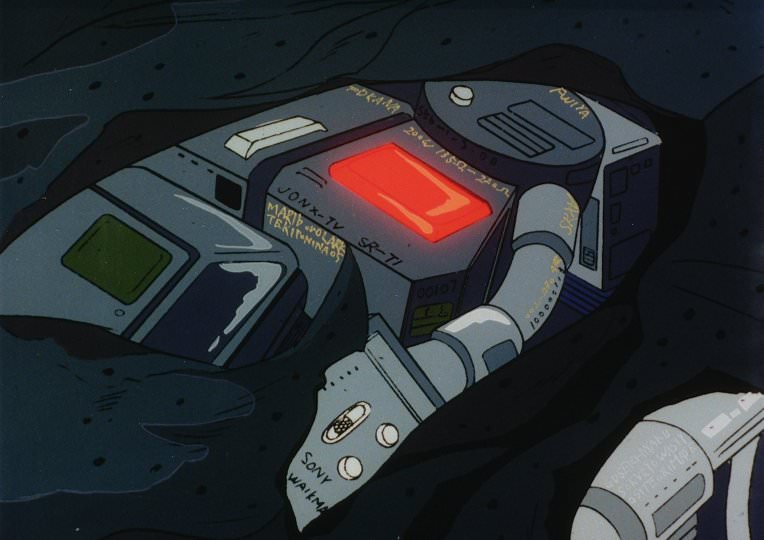 I noticed something weird in Robot Circus. After Tornado is destroyed, Cathy says to Astro "Cheer up Toby, it wasn't your fault." 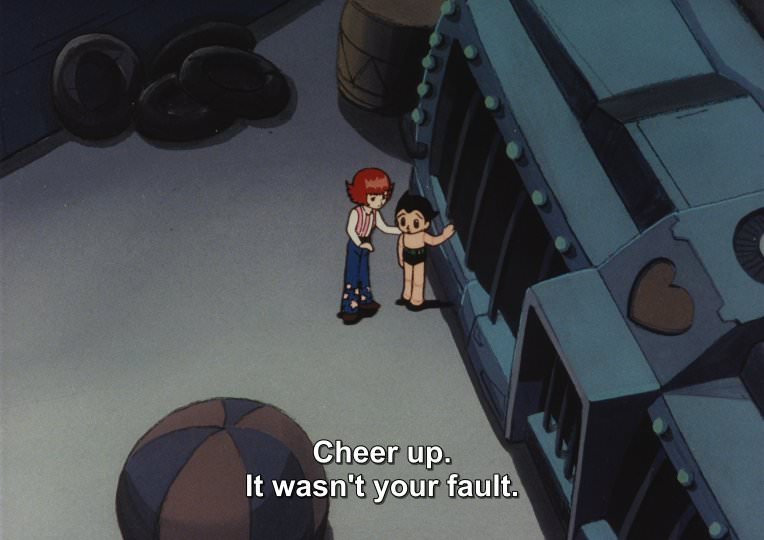 Except when she says "it wasn't your fault", Astro's mouth moves instead of hers. It wasn't a mistake by the English voice actors - the Japanese dub does the same thing.

by Genshi-san
Somthing i only realised the other day while looking at OMEGA FACTOR, the opening slideshow repeats english text, flipped, reversed, and blured so it looks like it sais somthing ellse, it clearly reads "Japan famous scientist (cant make it out) the first japan" it seems the staff took whatever they had lying arrround in english and used it in the game, somthing similar is done in the ova MEGAZONE 23, where computer screens are using assembly code from old 8-bit microcomputers, same with various computer screens in macross reading things like "if mice could swim they would float with the tide"

by Genshi-san
Brought this up in the discord channel, Cathy tells hamegg atom's polishing "white lions" yet he's actualy polishing a tiger, i get that its intentional because its a reference to Leo, but at the same time its a mistake, mabye they intended to animate lions being polished

by DrFrag
Isn't the point of the joke? Cathy thinks it's a white lion because he's rubbed all the stripes off.

by Genshi-san
Another interesting piece of trivia!
From episode 2 and upto episode 13, the Episode Titlecard transition looks like this

(episode 1 not counted since it never featured such a transition, Just plain text over a city background)

But from episodes 14 upto 52 the titlecard animation changed

Allways wondered why this was done. perhaps they lost the element? also i belive the effect is based off of the opening to most RCA CED (capacitence electronic disc) Openings, they do look quite similar
https://www.youtube.com/watch?v=mpwuWQa6Ags
All times are UTC
Page 1 of 1
Powered by phpBB® Forum Software © phpBB Limited
https://www.phpbb.com/