Christmas is commemorated a little differently in Japan, but it is still celebrated and just like here in the USA television shows have special holiday episodes; so did "Astro Boy"! In Japan these holiday shows are usually aired around or on these holidays.
It so happens that two of the episodes were dubbed into English. 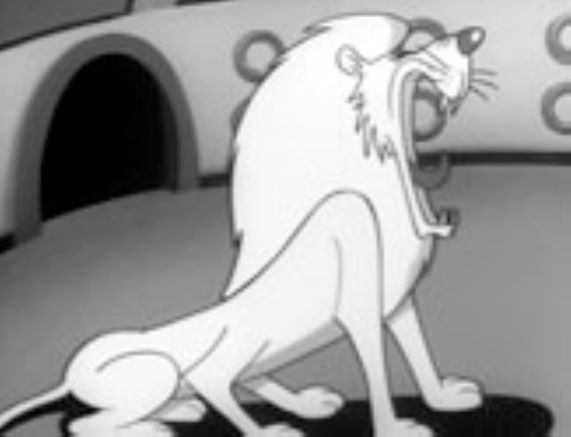 Now "The Snow Lion" is actually an adaptation of the manga episode, "The Space Snow Leopard", but it was animated as a "space lion" (according to promotional items from the Right Stuf Int.) as a test run for Tezuka's "Jungle Emperor"!
The story is the same as "The Space Snow Leopard" with some added Christmas themes. For ex. Astro Girl is seen trimming a Christmas tree!
At The End Astro Boy is seen celebrating Christmas with a party for his family and friends!

The next is the obvious Christmas themed, "The Wonderful Christmas Present" which aired on December 26, 1964 in Japan with the title, "The Robot House!" 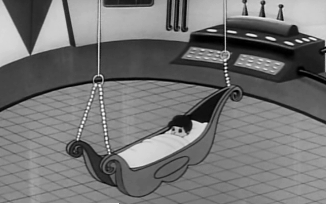 Astro Boy and family are on their way to celebrate Christmas at a winter lodge when they come across a boy living in a special house.
This episode contains one for the funniest sight gags I've seen in an Astro Boy episode. Astro Girl is seen shaking a tree trying to take down the tree to be used as the family Christmas tree, when the boy named Mio tells her not to take that particular tree because his friend, Roger lives in it. We then see a squirrel with its arm in a sling waving a white flag. At the end Astro boy delivers a message to everyone in the spirit of the season.
So I hope that everyone who has the original series watches these episodes as I do every Christmas and I hope everyone has a happy holiday season even though this year has proven a challenging one!--Astrobuddy
I

Same age here. I wish I understood Japanese so I could better enjoy the "missing" 1963 episodes.
[sigpic][/sigpic]

I'm a little bit younger, (64 going on 65, to paraphrase "The Sound of Music!"), but I also was there when the episodes were first broadcast in the US, and I enjoy them now as well! While I remembered bits and pieces of shows. (especially the ending of "The Strange Voyage!") the episodes hold up. I even showed them to some children and they loved"Astro Boy"! Although one kid did ask "when's the color coming on !"
But these are very special episodes, especially right about now!--Astrobuddy

I bought both of the DVD collections from "The right stuff", so I have all of the 103 episodes broadcast in English, plus some 'extras'. I also have some downloads of the "missing" episodes in Japanese.
[sigpic][/sigpic]

Yes, I too have the two DVD box sets featuring the 104 episodes dubbed into English and I have a few of the Japanese episodes I bought at a convention, as well, as a few other things "Astro Boy"!--Astrobuddy

Robio & Robiette was also a Xmas episode; it ends with the actors R&R alive & well.

Yes, you are correct Jeffbert, Those two episodes were Christmas episodes. Unfortunately, they were not dubbed into English, so their accessibility is limited for some. Although one can get an idea of the "Robio & Robiette" episode as it was remade for the 1980s anime.--Astrobuddy