Why you hated the Astro Boy Movie?

Why you hated the Astro Boy Movie?

I've a fan of Tetsuwan Atom for years and I'm pretty disappointed with the movie which considering that was American, I figured it would be such a pile of junk. The movie doesn't carry the style of Osamu Tezuka and neither the emotion of the series.
It shows "Astro Boy" completely discaracterized with bad designs (Ham Egg even looked like Astro Papa for me) and a pretty weak plot featuring a new and patethic new villain which doesn't even exists in the Tezuka-Star System.
Frankly, if is to make a motion picture based in the series, then it's better letting the japanese do it instead of making a pile of junk like the american version of 2003 series.
Let's be realistic, everyone: even Osamu Tezuka would hate that failed attempt of making a Astro Boy movie.
Last edited by Toshio on Mon Dec 10, 2012 3:11 pm, edited 1 time in total.
Top

Thing with me is that if I didn't know about Astro Boy before the movie, I probably wouldn't have minded it so much, but truth is, I was laughing too hard to take it seriously.
My main issue was with the voice acting and characterization. Freddie Highmore I wasn't too crazy about, not the end of the world, but all I could think was "Did he find the last golden ticket?"
What really got me was how Dr. Tenma was portrayed. After the darkhorse manga, I got into the 2003 series (because it was the only one available on Netflix) and I really liked what they did with his character. So to go from Dorian Harewood to Nicholas Cage just felt like a total 180, and to me it made the character seem bland. Plus the scenes where there's supposed to be emotion were just underwhelming and kinda awkward.
It really wasn't my thing.
"Raise your words, not your voice. It is rain that grows flowers, not thunder."

Come and see me at:http://liliopsida.deviantart.com/
Top

The artwork was quite inferior if compared to Tezuka, Astro looked like a big idiot rather than the character which we know.
Top

I like the 2003 version better, but I definitely don't hate the movie x'D
My Deviantart http://strawberry-kytlynn.deviantart.com/

Yeah, I know what you mean.

One of my biggest problems with the movie was what was done to the Astro Boy mythos. I appreciate that the writer(s) did their research, but what had been researched wasn't used to great affect. Of course, that's going to happen anytime a film is in as much development hell as this one was. But even so, it didn't feel like any version of Astro Boy. People will always have varying opinions regarding the 2003 series, but having read a few volumes of the original manga, I can safely say that it invokes the original story's spirit. The movie by contrast feels (and believe me, I don't use this word very often) "Americanized."

As many know, I also had a lot of problems with this version of Tenma; with how uninteresting he was here, and how I felt that Nick Cage was not the right choice for the character. I also had issues with how diminished O'Shay's role was. I mean, it's Dr. O'Shay for crying out loud! He was vital component to the show! He should have ben a bigger part of the story, especially if you're doing the origin story! By doing so, you can show not only what a nice guy he is, but you can also show the differences between him and Tenma; that he is the anti-Tenma, the one who will always be there for Astro, and who always has his best interests always first in mind.
Top

avatargirl
Beyond the Stars
Posts: 2367
Joined: 9 years ago

HI- HUGS- I AM ONE BIG FAN OF ASTROBOY- AND THO THE MOVIE COULD HAD BEEN BETTER I STILL LOVED IT AND CRIED- MAYBE I AM TOO GIRLY AND CRAZY OVER ANYTHING ASTROBOY BUT I AM A FAN AND LOVE HIM AND MORE IMPORTANT I LOVE THE PEOPLE HERE! PRAY EVERYONE ETERNAL SALVATION AND SAFETY AND HAPPINESS FOR EVERYONE! HOPE WE ALWAYS WILL BE FRIENDS ALWAYS! MERRY CHRISTMAS 2012 AD AND HAPPY 2013 AD

WOW! I LOVE COMING HERE SO MUCH
Top

Wanting or not that movie is pure junk.
American producers cannot bring true emotion and neither be faithfull to the original series.
These artworks for the characters really sucked and specially when they tried to bring emotion, many of characters looked pretty weird while being sad or angry.
Frankly, is better for us not hope a sequel.
Top

Actually, I think they tried to be faithful to the original series, while doing their own take on the origin story. If they hadn't done their research, we wouldn't have references to Asimov's Three Laws of Robotics, or cameos by other Tezuka characters (or Tezuka himself).

The problem is that they didn't use their research effectively, and they ended up wasting their potential. Now for all I know, the references made may have been left over from previous drafts, but I still think there was at least an effort made here, it's just too bad it didn't end up working as far as I'm concerned.
Top

I've a fan of Tetsuwan Atom for years and I'm pretty disappointed with the movie which considering that was American, I figured it would be such a pile of junk.

Wow! Some one else who's sick of Hollywood! We could have done less with all the political messages spread throughout the film for one thing and there was so much wasted oportunity.

Sadly this joins the ranks of other anime slaughtered by Hollywood, like Speed Racer, which causes this reaction to the unknowing...

And soon we will have to endure AKIRA and we know how that will end up. 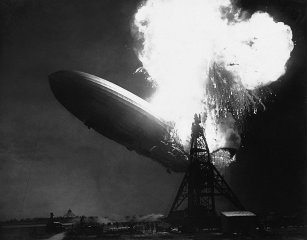 Just don't let them get a hold of Star Blazers please!
"You guys have some serious Mommy issues."
Top
Post Reply
93 posts