He certainly mastered that drama club! That drama llam- or should I say drama horse

Also, this is starting to get more than a little off-topic; as fun as it is to mock Dr. Chicken Dad™, I think that we've done enough... for now, anyway.
lolwut
Top 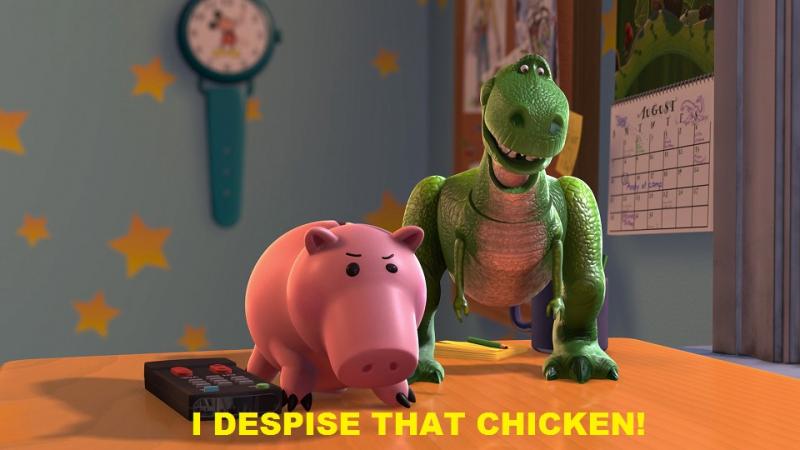 The Amazing Astro Toy: The Adventures of my Astro Boy doll
Top

Ok, so back to over-analyzing the poster...

Perhaps the two sides of the poster, one red and scary and one blue and pretty, represent the good and the bad that can be done with whatever glowy techno stuff they invented. Maybe they're not depictions of actual physical locations in the show, but representations of possibilities for the future.

Or, they could be the robot world and the human world. The red side has a bunch of scary looking robots, plus the guy who might be Tawashi with a robot eye. Then the blue side has flying people and flying boxes and flying trees, but not too many robots.

If the world is artificial, with a giant glass ceiling or something to make those lines, then the red side could be a construction zone. Weren't there bee construction robots in the 2003 series? It could be red because they didn't paint it blue yet, and that's the color of the sky in the future. Maybe people ruined it with pollution and have to live in artificial environments. I've come to expect that kind of stuff from Tezuka, it would fit right in.

Tenma's position between the two sides of the poster could mean several things, depending on what the two sides mean. If the artificial world thing is right, he could be the mastermind behind its construction. He's probably going to be a mastermind of something, anyway.

Also, do we have a name for the flower girl?
Top

"Rejoyce" wrote:Also, do we have a name for the flower girl?

I asked Shibuya on Facebook who in the poster is Fubuki and/or Akino, but I'm not sure they'll answer due to them not willing to spoil anything.

Side note that Fubuki means Blizzard and Akino means Sunrise/Autumn/Autumn Field(These are all different translations I found) in Japanese. If the flower girl were to be Fubuki, it would be somewhat ironic in a sense XD Both are feminine names, which give me hope that Atom will have two friends who are girls instead of the usual boy-girl-boy formula so common in trios. I guess that would be cancelled out if that redhead boy is one of Atom's two revealed friends... Eh, there's still a chance!
Last edited by YJ_Doodle on Sun Mar 20, 2016 9:18 am, edited 4 times in total.
Top

I feel like her name should be Rosie in the English version, if her plant-kinesis is anything to go by.
Top

Has anybody else noticed Tobio's eyes are blue? I thought it was those light things next to his head, but look, they're blue! They're not like Astro's...

I didn't notice that! And welcome

"OrangeToonist" wrote:Has anybody else noticed Tobio's eyes are blue? I thought it was those light things next to his head, but look, they're blue! They're not like Astro's...

Yep, blue eyes ahoy! Which may or may not debunk our beliefs that the boy is Tobio. Well, besides the reddish hair... I guess the Google Glass thing might be making his eyes more bluer than it might be, but it's definitely blue. Atom's eyes DO get blue when he charges up, but it's primarily green.

Imagine if it was because Dr Tenma was colour blind or some random trope!