Hello one of you has panels on Skunk for showing at me ^^ from the prequel manga of Atom the Beginning plz? Thanks

"Astrogirl500" wrote:Hello one of you has panels on Skunk for showing at me ^^ from the prequel manga of Atom the Beginning plz? Thanks 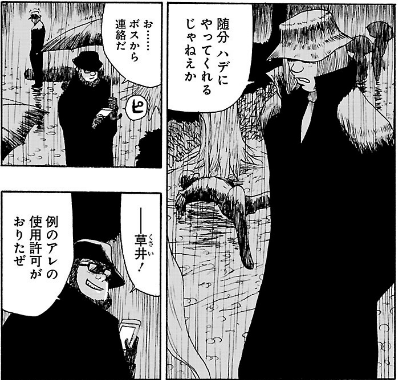 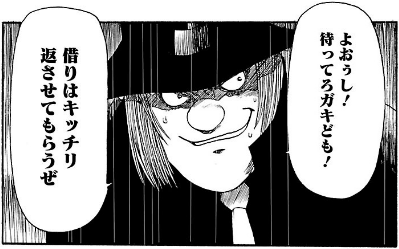 I love his anti-hero face

The preview for Chapter 16 is now available. We've got some nice-looking color pages again this time around.

So this chapter starts off with A106 encountering a woodcutter style robot from Russia, named Ivan. He doesn't normally act like this, as A106 points out. The two of them begin fighting outside the lodge that the kids and the secret agent are staying at. Ivan has a lot of heavy duty power that puts him at an advantage.

Not far off, Skunk and his friend (who looks like Vodka from Detective Conan) are giving Ivan orders. Back in the lodge, the secret agent tells the kids that the guy outside is codenamed "Skunk" indeed, and he's a "vindictive" low level member deep in the enemy organization. Tenma remains confident, believing that A106 has enough power contained in him to stop Ivan. Ivan begins to demonstrate his ability to turn his hands and entire body into saws.

As the fight cuts further into the forest, Ochanomizu laments that it's taking too long. The special agent says it's likely to keep going on, since Ivan has pretty limited abilities beyond brute force, and A106 is good at dodging this kind of thing. The kids are alarmed, knowing that the secret agent has only seen A106 once before. The preview ends with Ochanomizu asking, "How do you know such a thing?"

hmy: oh my, please remind us who wins

check out my DA page
http://doctorwhovian1963.deviantart.com/

you can also check me out on fanfiction here https://www.fanfiction.net/~doctorwhovian63
Top

I just realized a certain issue I have with this chapter's preview...

Omg, he does; it's completely ridiculous I love it
lolwut
Top

The preview for Chapter 17 is now available:

Another nice-looking chapter cover this time around: 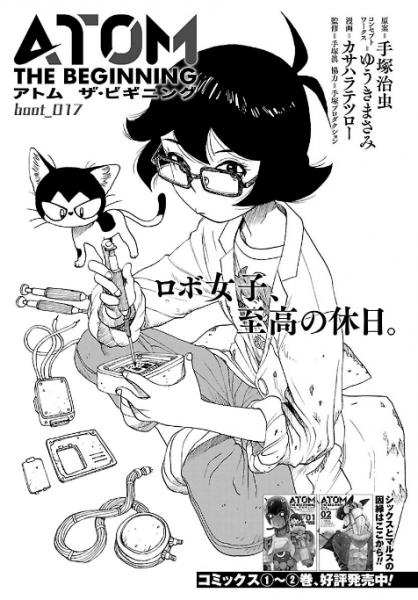