Confirmed Name of One of Skunk Kusai's Henchmen

Page 2 of 3
by Tetsuwan Penguin
I never liked how they drew Skunk with GREEN skin in the 1980's series. He looks much better in the 2003 version.
by Firelord Zuko
I wish we got an explanation as to why he was colored that way.
by Rejoyce
Personally, I like to think that Skunk was a zombie. He earned the nickname "Skunk" because of his smell. His plans were always foiled because he wasn't getting enough brains to eat.
But in all seriousness, Skunk's skin has always bothered me. It's just him that has it (as far as I know) and there's no explanation...
by Fauna
"Oh my God, Karen, you can't just ask people why they're blue!" Seriously though, I'd say Skunk is more of a mint blue or aquamarine. His pigmentation was like, oddly accepted by me as a kid. I saw it like an exaggeration among the others in the AB world, like with Ochanomizu and Tawashi having oversized noses, or Tenma having super big hair. Skunk being bluish is probably meant to indicate he's unnaturally pale and unhealthy-looking.
by EyeOdyssey
To be honest, I'm more of a fan of the green version myself. The nastier and more sickening he is the better, it suits him really. When I was younger I assumed that his greenish hue hinted at him being a martian of sorts, but now I basically see it as being a variation of the whole cliche of witches having a similar shade of green. It's sort of like a "I'm a villain" signaler, no offense to any green folks out there.
by Astrogirl500
Cute your icon,Fauna.
by Firelord Zuko
I remember The Proud Family had the Gross Sisters and their family being blue to represent how ashy their skin was. Penny once had it too. Maybe Skunk is always ashy?
by Astrogirl500
I agree with you,Testuwan Penguin. 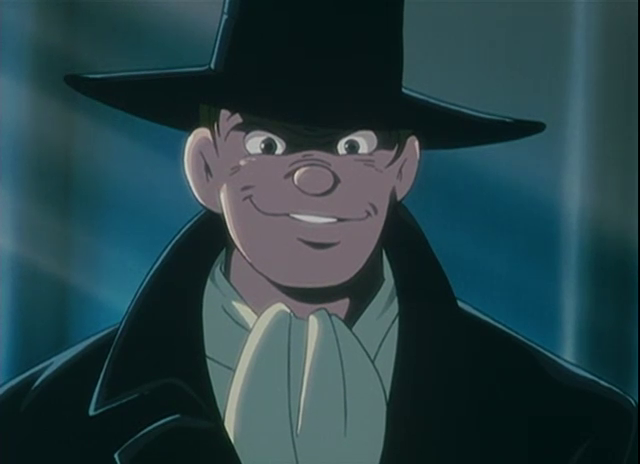 by Earthshine
I'm not sure if I agree he is handsome, but to each their own!

I always thought he looked like an addict of some sort of drug in the 1980s version, his character design is very unsettling and definitely portrays the "this man is a villain" well.
by Little Brown Fox
Someone I was talking to once came up with a concept in their AU as to why his skin has a bluish hue; I forget the name of the actual condition, but it basically boils down to silver poisoning.

I might would use the names, if I ever had a reason to, and if I could remember them (of which I make no promises; my memory is notoriously unreliable sometimes).
All times are UTC
Page 2 of 3
Powered by phpBB® Forum Software © phpBB Limited
https://www.phpbb.com/