I guess there WERE some moments when Ochanomizu looked like that?? 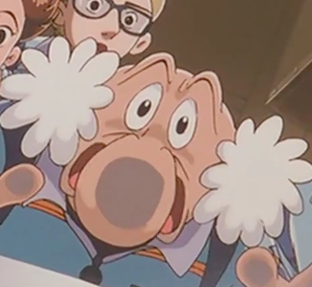 ….but that redhead guy seriously better not be Tenma cause I'll throw a fit. XD
Top

I don't think it's Tenma. He's not really a main character since he's really only used for Astro's origin story. (Unless they change stuff, which is always a possibility.) I think this guy looks like Duke Red, only with more cute. If they're going the Star System route.
Top

With Astro Cat in the series, the Star System theory isn't out of the question XD
The Amazing Astro Toy: The Adventures of my Astro Boy doll
Top

I think Atomcat may just be Astro's pet.
Top

That makes more sense. As, it would almost be an Astro-ception if Astro where to have a pet based off himself.

So there was a British site that reported on the new Little Astro Boy series before [url=http://style.nikkei.com/article/DGXLASFE23H0G_T20C16A4MM0000?channel=DF280120166618&style=1]Nikkei[/url] did. This article was published on March 30:

This article gives some more context to what the series will be. Some things are unclear, but otherwise, the basic plot is outlined:

Hot on the heels of a number of British heritage kids TV properties bought back for a modern audience comes this French/Japanese co-production, Little Astro Boy.


Japanese manga comic character Astro Boy was created in the early 1950s by Osamu Tezuka, regarded by some as Japans answer to Walt Disney.

The story has been translated into anime series several times over the past four decades and is expected to have cross-generational appeal.

In its latest outing, Astro Boy returns as a 2D animation series with ecological themes, aimed at capturing the imaginations of pre-schoolers in territories around the world.

The super-powered flying robot is on a mission to protect Planet Earths ecosystems as he patrols the world offering his assistance to anyone affected by earthquakes, tornados, volcanic eruptions and other natural phenomena.

Every mission has high stakes and resonates with natural science themes, but the drama is lightened by the comic dynamic between Astro and his two side-kicks, says Ankama Animation director of audio-visual Frederic Puech.

The series is still in development, with delivery scheduled for summer 2018, and the coproducers hope to announce a commissioning broadcaster at Mip TV.

In a separate development, Warner Bros has lined up Animal Logic Entertainment, Ranger 7 Films and Tezuka Co to produce a feature-length version of the property.

MipTV already occurred last month, and after some Google searching, I don't see an official broadcaster for any country on any site announced. If any deals were made, they were certainly behind closed doors and not announced to the public yet.

Otherwise, it looks like we now have another company linked to this project (Ankama Animations), as well as the fact that we now know that Astro has two sidekicks in his adventures, which are undoubtedly "Atomcat" and the red-haired girl.

Also, this article says that the release is in Summer 2018, but the Nikkei article, which was published about three weeks after the BroadcastNow article, announced a Spring 2018 release. This means that either 1) Japan gets LAB2 in spring and the UK gets it in summer or 2) that the series should get released first in either France and/or the UK somewhere in Spring or Summer 2018 (the March to September time frame). I would imagine a North American release would be around the same time, though that's only speculation on my part. [url=http://www.planetnemoanimation.com/littleastroboy/]The official website[/url] doesn't specify a release date, so for all we know, Spring or Summer 2018 could be the release date.

Lastly, Sporkia said on the last page of this thread that the art looks like a flash game or mobile app. Sure enough, Ankama also works on mobile games:

EDIT: Just found this on Frederic Puech's FB page (he is the Ankama Animation director of audio-visuals). This was a poster for when they showed off LAB2 at MipTV back in early April:

Looks like we got another case of the Dreamworks face going on! 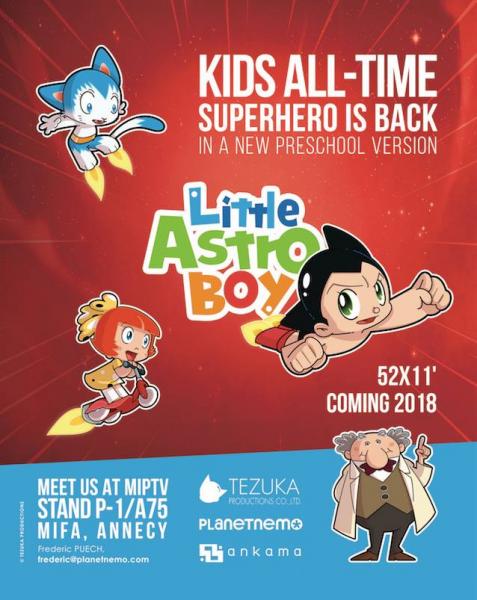 ^This article is saying that Little Astro Boy 2018 is planned to be telecast worldwide in April 2018. Europe is mentioned, but also mentioned is China and South Korea.

Also, the article mentions that production of Little Astro Boy 2018 is said to be 600 million yen, which is about $5.5 million US.
Top