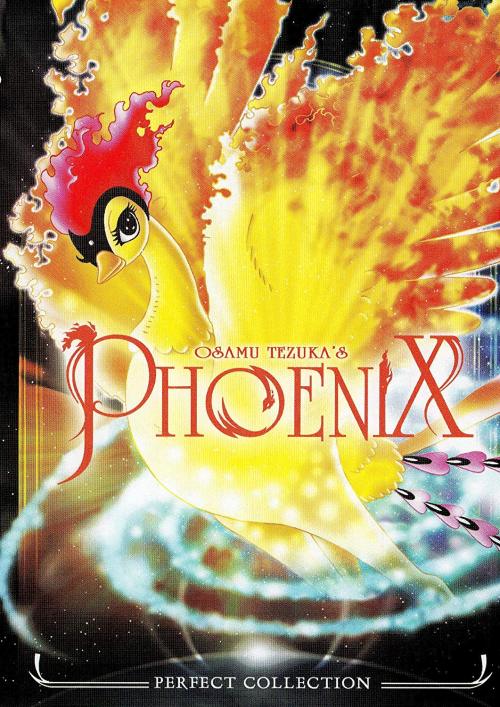 Media Blasters announced on Facebook on Monday that it has re-licensed the television anime of Osamu Tezuka's Phoenix manga and plans to release it on Blu-ray Disc for the first time and on DVD in 2019. Both the Blu-ray Disc and the DVD will be sourced from a new HD transfer.

The television anime adaptation of Tezuka's Phoenix manga aired in 2004. Media Blasters released the series on DVD with an English dub, and it describes the story:

Throughout time, mankind has chased after the dream of immortality. The Phoenix, in the form of a bird of fire, is said to hold the key to eternal life. Great wars are fought in a vain attempt to possess it and, as a result, civilizations rise and fall. Phoenix is a collection of five stories from the past, present and future. Many will perish because of their desires, and they are the lucky ones. True pain comes for those who find immortality and experience the burden of living forever.

The 13-episode series is streaming with the English dub on Amazon Prime Video via Ammo Content.

I wonder how well that will sell. The streaming version is already HD and really good quality. Maybe they'll add lots of special features?

I'll have to look out for that. It would be the first BD disk I would have purchased.
[sigpic][/sigpic]

I cannot recall seeing this. Guess I will check Crunchyroll & HULU.