It's adorable!
My Tumblr
Top

Torchic's old design pictures have it with bunny ears for some reason. And it has a small black dot on its rear if it's male.

If we're talking strictly the commonly said names of the 50 US states however, then Massachusetts, North Carolina, and South Carolina are all tied for the longest name, with all 3 of those states having 13 letters in their name.
Last edited by Shiyonasan on Wed Nov 11, 2015 7:01 pm, edited 1 time in total.
Top

The word "queue" is pronounced the same when you remove the last 4 letters in it, leaving only "q".
My Tumblr
Top

In 1995 there was a guy who robbed two banks in broad daylight. He had rubbed lemon juice on his face, thinking it would make him invisible to security cameras.
Top


As in "Frankenstein's monster". The title of the original novel referred to Victor Frankenstein, as is clear when you add the subtitle " the new Prometheus"
[sigpic][/sigpic]

According to Mario's Super Smash Bros. Melee trophy in the Japanese version of the game, he is "about 26 years old". That would make Luigi 26 years old as well, since, according to a Nintendo Direct from February 14, 2013, Satoru Iwata stated that the Mario brothers are twins. Since they do not appear identical to each other, it can be assumed that they might be fraternal twins. That would mean that Luigi is still Mario's younger brother, but only by a few minutes.

Ninth line, third from the bottom, you'll see a 26. 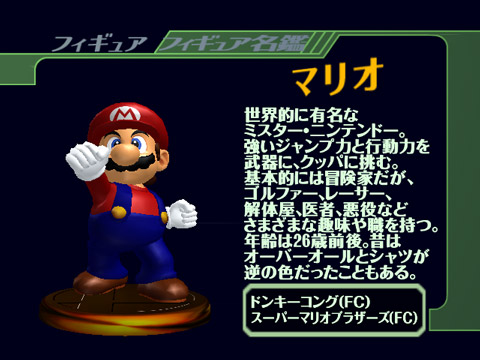 I knew identical twins, though as adults, they were a bit different. One was broad shouldered, & generally wider than the other. Though I rarely saw them together, I frequently confused one with the other!