New trailer was posted yesterday. Looks a bit darker then before:

Perhaps I should find the original few seasons and re-watch them to catch up.
Top

Genndy revealed a while ago that they were taking a more dark and mature route with the series (not mature as in sexual content, but in violence and themes). Since the show is no longer restricted to a Y7 rating (being shown on Adult Swim) they do not have the restrictions that they once had.

I am really digging Jack's beard.
My Tumblr
Top

I'm pretty excited for this series! I'm attempting to watch all 4 seasons before the next one airs. I'm currently on episode 6...
Jeremiah 29:11
https://mighty-atomu.tumblr.com/

Who else has been enjoying Season 5? I've been very impressed with everything so far. Seeing Samurai Jack in HD is awesome, but the overall presentation is just as awesome as the original four seasons.
Top 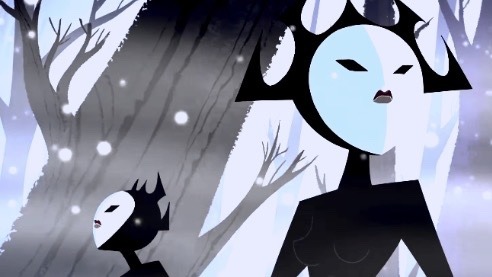 I really am enjoying this season so far! It seems Genndy is taking a more plot-driven approach rather than the episodic nature of the first four seasons. Genndy did say in interviews past that he wanted to end the series as it began; a movie. This might be a good middle-ground. Of course this is all just speculation on my part and has no bearing on anything until we see it.

The wait really does feel like its worth it, great outcome so far with the first three episodes. Out of all the finales for any series I've seen, this is definitely up there with the more satisfying ones.
The significant time gap from season 4 to 5 makes the distance between some of the characters feel more realclick for spoiler, like how Jack and Aku are now farther away, with Aku basically leaving Jack behind as dead meat. And the way the series comedy is mixed with some of the more grave details is really good too click for spoiler(like the first death from episode two). All feels like the just right mix of everything needed for a conclusion.
Like how it was kept as a series as well, a very cinematic one with the qualities of a film, but split across episodes (almost like a classic film serial). Allows more to be communicated without having to squeeze within a two to three hour flick. Really looking forward to seeing where this series heads as it continues, and where itll eventually go in the end. Have a few speculations of what could happen, but will just have to see for when the episodes roll along.

click for spoilerOh, and Scaramouch is the best. The. Best. For a one off villain who essentially acted as a charismatic weapon upgrade, he was the life of the party. I too believe that the wait was worth it! So far I have very little to complain about! It really does feel more like the story Genndy intended to tell all along, the upped rating really does help in that. He managed to keep it 'dark' but he also has retained the comical whimsy that this series was/is famous for... even in some of its darkest moments.

click for spoilerI will admit though I am worried about Ashi possibly being set up as a potential romance interest for Jack... of which I am hoping that Genndy keeps away from.

I am very intrigued about The Scotsman's daughter and wonder what more she will bring to this season! I am very elated for the strong female characters in this season.
My Tumblr
Top
Post Reply
19 posts