by Shiyonasan
Don't know how many of you are fans of Samurai Jack, but Adult Swim announced about an hour ago that Samurai Jack will return, with Genndy Tartakovsky at the helm, in 2016.

I grew up watching Samurai Jack back in the early 2000s. Awesome show. It'll be interesting to see how this new season will turn out.

Jack is Back | Samurai Jack | Adult Swim
by Earthshine
This makes me so happy you have no idea. There have always been speculation on how they would "end" the series; everything from another movie (what started the series) to finishing it off the comic.

I'm just really excited.
by Uran-chama
I'm pretty excited for it too

by Earthshine
What I am curious about is if the audience needs to read the comic which picked up right where season 4 stopped in order to better understand this next "season" or not. I admit, I have not been able to read much of the comic other than a few sparse pages. Or if this next season is going to be entirely based on the comics?

I also wonder if this is going to be "the last" season where everything will end... In the commentaries found on dvds on select episodes Genndy said multiple times that he had envisioned the end being a movie since technically the beginning was a movie.

Hmm.
by CommanderEVE
Awesome. I did not see this coming.
by TetsuwanToby
It's super exciting! Also Nickelodeon is making a Hey Arnold Movie! And a 90s movie!
by Earthshine
We have some updates guys!

We have some promo art to share and a little bit of what direction this series will take. 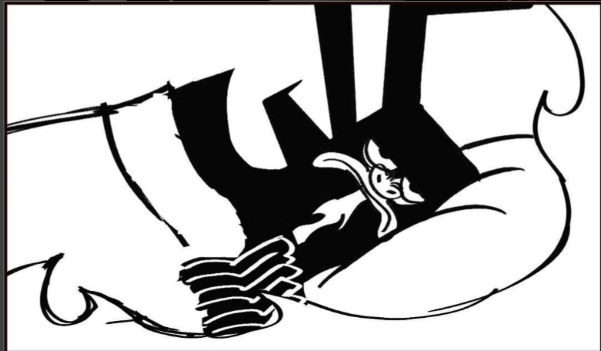 The story allegedly takes place some 50 years AFTER Jack's debut in the future (why he has not aged has yet to be revealed, but due to all the magical and sci-fi elements in the show literally nothing is impossible). They are going towards a more dark theme, and hints of the use of actual blood (instead of robot oil) suggests a more mature theme as well with a higher rating (nothing too outrageous, but it will air on Adult Swim).

I am really excited for this everyone!

Here is some more information.
by CommanderEVE
It looks like they have decided to keep the original style, just given it an update, which is nice. I have always been a fan of work that is dark and mature, I think it will suit Samurai Jack well.

Also, that concept piece with the statue of Aku looks awesome, especially with the two-tone lighting, really makes it 'pop'.
by Earthshine
It's a bit too early to tell if the style is going to be EXACTLY the same, but it is going to be identifiable as "Samurai Jack" as the black line art will still be absent and hand painted backgrounds will still be a major part of the production.

We're not sure how 'dark' the themes will be for this new season but I am really looking forward to it as I too do favor dark themes. We also may get to see an ending for the series in this new project.
by Earthshine
We have som great news folks! We now have a release date! With all the cancellations, delays and overall disappointment that came with 2016 this is some great news!