Wow it took me a long time to post these here.

It was a lot of fun! My brother, Evan, got married and his in-laws were probably the best part about the trip to be honest. They're really sweet and fun.

I wanted to buy everything they had. Some of the stuff in the picture I found at recycle shops and I actually found the notebook and pen kind of randomly at a dollar store. I did see Tezuka merchandise being sold in regular stores to tho! Most of it was Unico, actually. I had also gotten a pair of socks with Atom on it but I forgot to include them in my picture.

When I was there I also saw an advertisement for an Atom ball-jointed doll! I love bjds so I'm really tempted to order it. 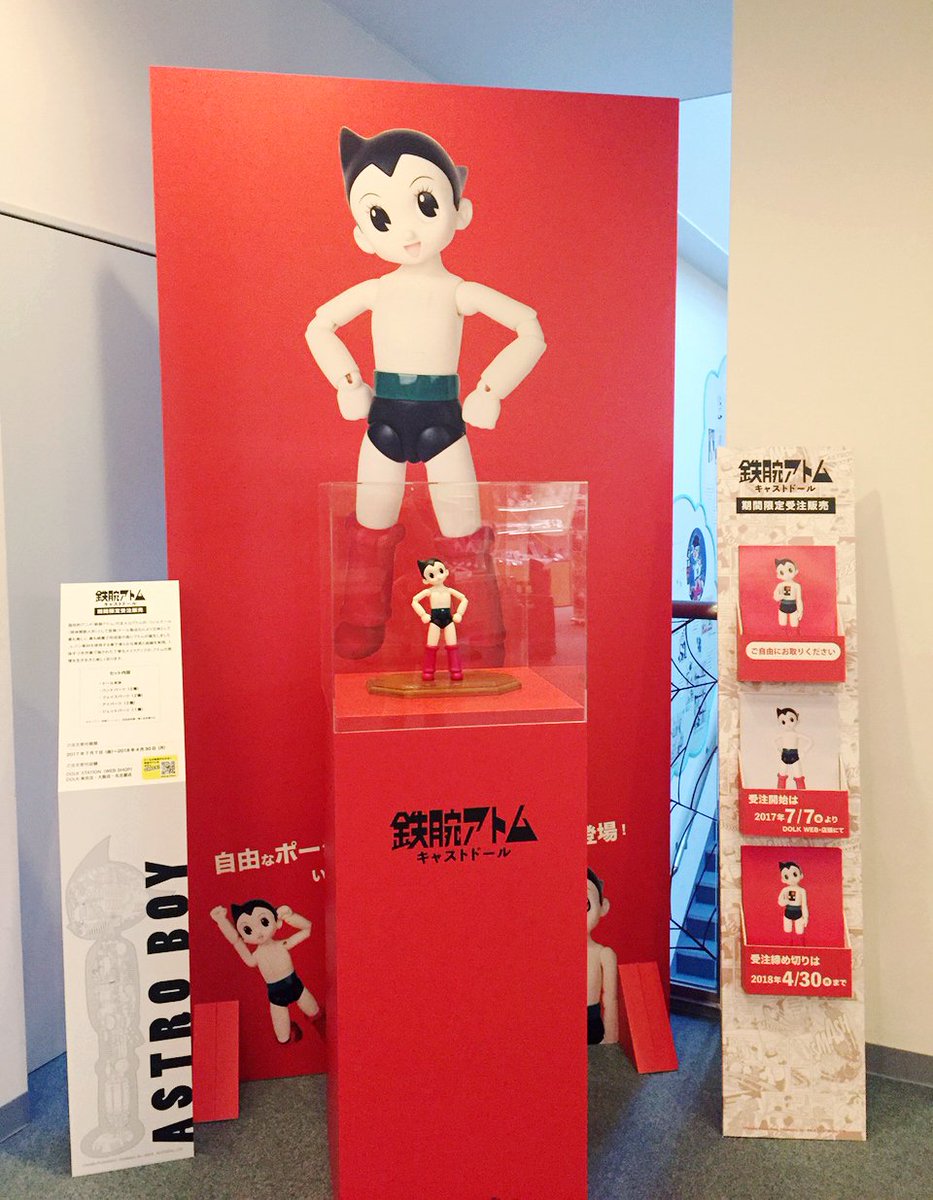 Wow, very cool! I'm glad to see that you had a wonderful time there in Japan.

Great vacation! Thanks for sharing with us! I love that Atom doll...

OMG - you are really lucky, and it looks like you had a great time, and have wonderful Japanese relatives now! Congratulations, and hopefully in the future they can help us uncover many things the language barrier has kept "hidden" from us for so long! Thank you so much for sharing!!

tHANKS FOR SHARING, URAN-CHAMA! It looks like the bride is wearing elevator sandals.

Great photos! I'm going in two weeks so this has me really excited and looking forward to it.

Very useful to see so many merchandise photos. It's given me some idea of what to look out for. I have to get some of those glasses if I see them.

Did you get anything from the fabric store? I bought a pattern for a shirt+vest+tie recently so I'm on the lookout for some good fabric. I've heard Japan has some good local stuff for their kimono industry so I'm hoping to get something nice.

Was there anything you didn't buy and regretted it afterwards? I've heard things are very seasonal and to get them while you can. I'm not much of an impulse shopper so I'll have to be deliberately spontaneous.

Also (more questions!) were there many public benches? I can't stand up for very long so I have to pace myself when I'm touring. I'm bringing a fold-up stool to carry with me just in case. I guess the public transport is my biggest worry because I know I'm not guaranteed a seat. And I'll probably miss out on seeing shrines.

The beach house looks amazing. I'm just staying in regular hotels, but I do have a couple of nights booked for one of those traditional places with floor beds and paper sliding doors.

Glad you guys enjoyed my pictures! I forgot about the other album I made where I posted more pictures of the stuff we brought back. I didn't have anywhere to take good pictures of the yukatas that Ai and her mom gave us, as well as some wall scrolls I bought.
https://www.facebook.com/perrin.krala/m ... 630&type=3

In response to DrFrag, hope you enjoy your trip as much as I did! But no, I didn't get any fabric. That was just a place in the mall and most of it was just regular cottons. I did see a nicer fabric place briefly in I believe the Nakamise Market in Asakusa, Tokyo. You could spend a whole day in that street! That's where my younger brother got those glasses lol.

Hmm I'd say the only thing I regretted not buying was more stuff in the Tezuka Museum lol. As I was checked out for my other stuff I saw behind the cashier these pretty neat figures that were meant to look retro. I think I tried zooming in to take a picture of in the main album I have on facebook. Speaking of the museum, I thought it was kind of funny how when my friend and I went to the lower level where they have the little beginner animation thing, the women who worked there didn't really speak much English so they gave us this translated booklet of the instructions but they still told us to only do this one project probably because they were like,"I don't wanna have to try and deal with these foreigners." All the little kids there got to do more than us

Also, when in the gift shop, since i bought so much stuff, the cashier gave me one big bag for everything but included a bunch of smaller bags inside for when I would "gift" these things to other people. Nope! All for me! Well, I did bring my mom back a few things lol.

Unfortunately, I don't recall seeing much in the way of public benches.

But if you take breaks to go to restaurants you can sit there for awhile; they won't rush you with the check. One shrine that was fairly accessible was the one in Tokyo. It's connected to the Nakamise Market too.

I would say you don't really need to know much Japanese to get by unless you're planning on going to more rural areas. My brother lives in Tsukuba, which he refers to as "the boonies" (it's not that bad), and he had to talk to people and translate menus for us. In Tokyo it seemed like most small restaurants had picture menus by the cashier so you can just point to the thing you want. Otherwise convenience stores are easy ways to get food too. At any place you go to, the cashier will always gesture to a display that has the total amount you need to pay. I was actually surprised at how much Japanese I was able to understand/use and everything I know is basically from watching anime; how sad is that? lol The most common phrases we used were "Arigatōgozaimashita" and "Sumimasen". And when we were eating with our Japanese relatives we say "Itadakimasu", which before going there, I wasn't sure if that was something that most Japanese people actually did! You can also say something is delicious "Oishī" and after a meal or just to thank someone for their hard work "Otsukare sama". Those would just be things to know to be polite.

If you have anymore questions, let me know!

I also added a few other pictures that Ai took of us. That's my friend in the bottom picture who visited Japan around the same time we did and who I dragged to the Tezuka Museum with me lol. That reminds me! Navigating the trains wasn't as bad as I heard it could be. Signs will have English and Japanese and as long as you have Google maps to tell you which train to take, it's no problem at all. 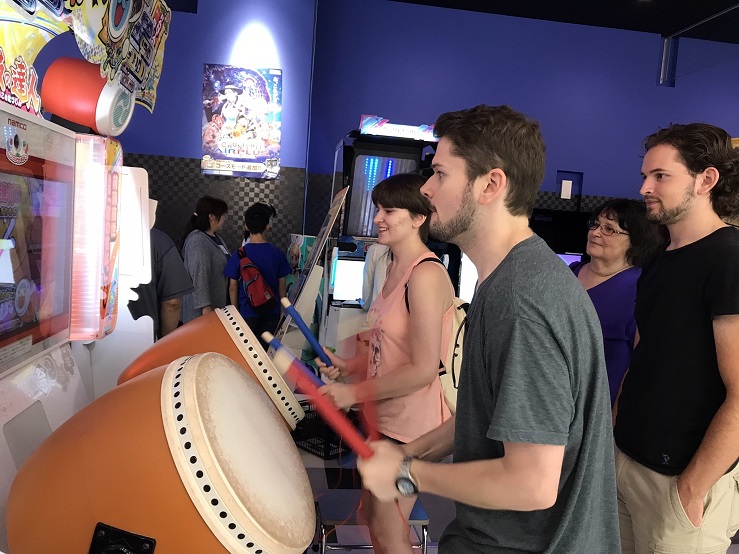 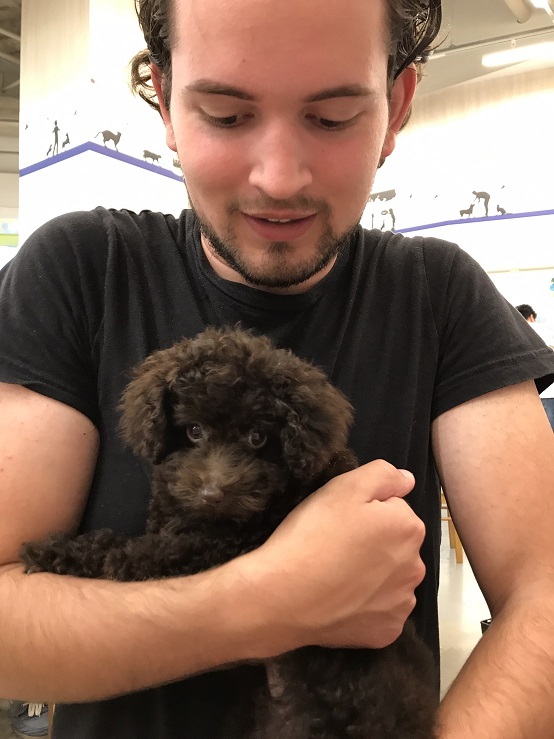 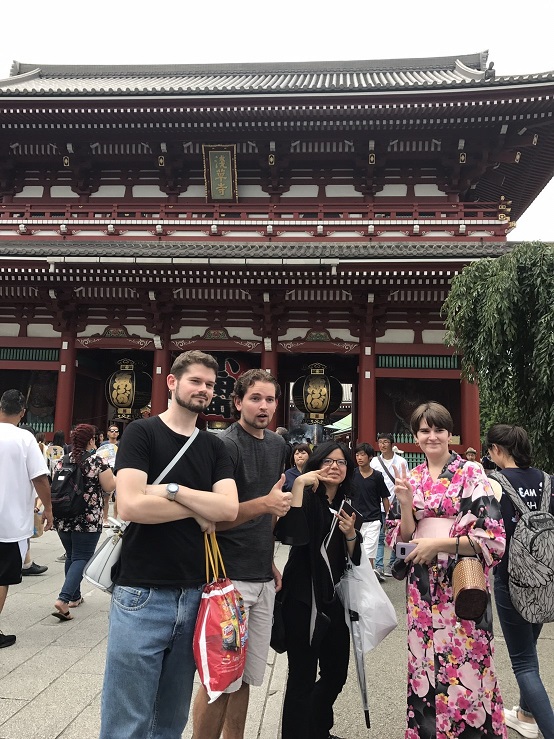