Their books were ordered burned. Their plays were condemned as Propaganda of subhuman Slavs and all their works were ordered to be destroyed and they were all put on death lists and arrest warrants were issued. They had seen Robo Maria, they had sent out thinly veiled mockery of the new Geopolotik. They were warning the children of Robo Maria. The Robot monster. I may get in trouble... but here is what the film is about. 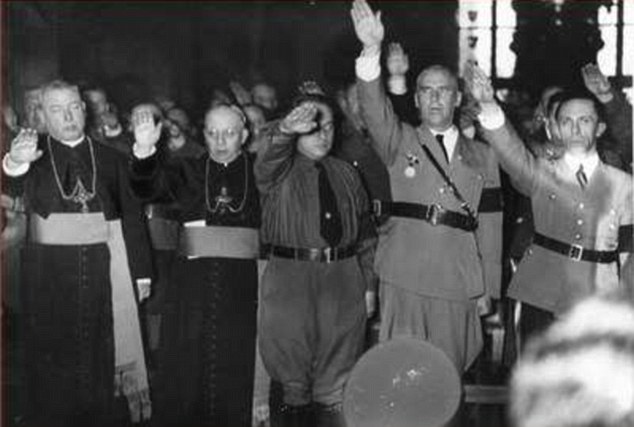 
The Rise of Robo Maria as seen by Lang. The destruction of the German workers children was fantastic! Never before in human history was there such evil madness! 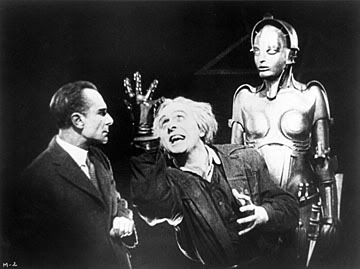 Rotwang existed at some point in the*DC Universe, where his robot creation became the time traveling villainessMekanique. Mekanique claims to have traveled to the era of the*All-Star Squadron*to alter history for her master, and that she succeeded; whether this is true is unknown. Rotwang himself did not appear in the comic.

In*Osamu Tezuka's*Metropolis*manga*and the later*anime*film based upon it, Rotwang is replaced by a character named Laughton (though their names are pronounced similarly in*Japanese).

In the Yugoslav comic book series*Borba, Rotwang is a recurring villain, and is portrayed as a*Nazi.

In*Before Tomorrowland, a prequel novel to*Tomorrowland, there is a villain named Werner Rotwang. Presented as the namesake of Fritz Lang's character, he is an unethical roboticist who defects from the Plus Ultra organization and joins the Nazis to further his research into achieving immortality through robotics.

In the first series of Hergès*Jo, Zette and Jocko*adventures: "The Secret Ray", an unnamed scientist unsuccessfully experiments with transferring a human soul into a robots body
Last edited by cybotron on Thu Feb 11, 2016 1:42 am, edited 3 times in total.
[sigpic]http://www.astroboy-online.com/forums/image.php?type=sigpic&userid=200&dateline=1323970671[/sigpic]Safe

Some time ago, I was into WWII history; I recall reading that Hitler was very impressed with the way Lang depicted men as mere cogs in the machine, and though a Jew, Hitler offered him the job that eventually went to Leni Riefenstahl. Lang said he would consider the offer, and quietly fled Germany. BTW, there was also a Jewish run department store chain, which Hitler felt was such an important part of the economy, that it & its owners were likewise spared persecution.